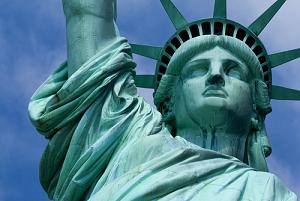 On June 27, 2013, the Senate passed Immigration Bill S. 744 which will change the lives of many immigrants living in the United States without legal presence. The bill must now go to the House for further consideration and changes of compromise before it can officially be signed into law.

One of the major financial components of the proposed immigration bill is the $3 billion allocated for additional security measures along the U.S. and Mexican border which will be implemented in order to reduce the influx of additional illegal presence. This provision is primarily to improve outdated surveillance systems and increase the law enforcement presence along the border, which has many issues in regards to the protection against illegal entry. In addition to this, an additional$1.5 billion has been allocated for improvements to the fencing system along the border, with priority going to sections considered to be the most dangerous.

Another much debated provision of the bill would allow foreign nationals residing in the U.S. illegally to apply for Register Provisional Immigrant (“RPI”) status. Those eligible for this provision must apply for this status within 180 days from the date the bill is enacted. Eligible candidates under the proposed bill must have arrived in the U.S. prior to December 31, 2011, and must pay a $500 application fee, as well as any back taxes owed. Convicted felons and those convicted of three or more misdemeanors would not be eligible to apply. Persons who are granted RPI status would then be eligible to work legally and reside legally in the United States. The status would be good for 6 years and may be renewed prior to expiration, unless the person violates immigration or other noted laws. As the Bill proposes, those who maintain the status for 10 years or more may then apply for permanent resident status and any time after the required time period, could begin the citizenship process.

Lastly, the bill calls for an increase in the percentage of professional foreign nationals who may obtain work visas that will allow them to work in the U.S.. this increase will be approximately 40 percent. If the bill is enacted, it would increase the annual number of professional work visas from a cap of 65,000 to 110,000.

If you or someone you know will benefit from this proposed bill or if you have questions about immigration, immigration reform or obtaining a visa to reside in the U.S., please contact Goldstein & Scopellite, PC. Our team of experienced immigration attorneys will be there to listen to what you have to say and to advise you as to the law. We understand the immigration law and the legal process regarding the immigration process.

Goldstein & Scopellite, PC,  is located in Dallas, Texas and was established in 2002. It now has a new location in Tucson, Ariz. For more information, see our local listing in D Magazine.